Chengdu, China AKA “ the city of Pandas.” If you’ve been following me for some time, you know how much I love Pandas so you can only imagine my excitement when I found out I’d be volunteering at the Dujiangyan Panda base with Windhorse Tour.

Chengdu was the third city I visited on my Asia advernture after the Philippines and Guangzhou. I would describe the city to be Cosmopolitan, with a mix of modern/ancient architecture…and pandas everywhere. No, I’m not joking there are literally pandas EVERYWHERE. I felt like I was twelve years old again.

After checking in at the Shangri- la Chengdu we visited an outdoor shopping centre called Taikoo Li, also home to one of Chengdu’s famous hotels the Temple house. The restaurant options are endless! In terms of shopping, streetwear was very prominent here and they carried all the popular fashion retailers.

We were pretty tired after our flight so we ended up eating at a Vietnamese restaurant at Taikoo Li and just relaxed for the rest of the night.

Day 2- Panda volunteering at Dujiangyan Panda Base and Mount Qingcheng

Our day started around 7am. I didn’t sleep the night before because I was too excited about the pandas and I may have shed a few tears haha. My ultimate dream was about to come true so I got a little emotional. Anyways, the following morning our guide Lily picked us up from the Shangri-la and we embarked on our first Panda advernture. The itinerary for this day was half a day volunteering at the Panda Centre then we spent the rest of the day hiking at Mount Qingcheng.

The drive from Chengdu to Dujiangyan Panda Base was about two hours. Lily spent a lot of the drive educating us about the Pandas and what to expect from the volunteer program. (Sidenote: I’ll be uploading a Panda volunteer vlog so stay tuned for that)

Once we arrived at the Panda base we were taken into a room where we were briefed on our itinerary, separated into groups, and given uniforms to wear. Our first task was to clean the Panda pens. This meant cleaning up their leftover food and poop. (FUN FACT: Panda poop is yellow and looks like wood chips stuck together. They mostly eat bamboo so once they digest it, that’s what comes out.) After cleaning the pens, we had to break the long bamboo shoots for the Pandas to eat. To break the bamboo, you have to smack it onto the ground until it breaks in half ( Kung-fu panda style). Unfortunately, I am a kung- fu panderp and failed multiple times before I got it to break. You’ll see that in the video don’t worry. Then we proceeded to wash their cages with a hose and swept out any debris/leftover food. We also made some Panda cakes, which is something they bake for the Pandas as a treat.

Then it was Panda feeding time! My first close up encounter with a panda * squeals*. We were able to feed a Panda (through the cage of course). This Panda in particular only had three legs and was rescued from the wild. We fed him carrots and apples. I told him that he eats healthier than I do haha. Now that I think about it Pandas are just proof that just because you are vegetarian, doesn’t mean you are skinny lololool.

After Panda feeding it was time for the PANDA PHOTO TAKING AND HOLDING. They’re pretty strict about this but essentially you have one minute with the Panda to take videos/pictures. IT WAS AMAZING and honestly a dream come true. I almost fainted.

After all this Pandamonium we were taken to lunch spot with traditional Sichuan food. Just a forewarning if you’re travelling to the Sichuan province, the food is REALLY spicy. I thought I was safe and went for the only dish that wasn’t red. NOPE. Apparently there’s something called Green peppercorn which is even spicier than red pepper. If you want to be safe, just eat the rice.

Then it was time to get our exercise in. We drove to Mount Qingcheng to see the temples on top of the mountain. There are multiple trails that lead to various viewpoints so you can choose which way you want to go. To get to the temples we walked up a lot of steps and took a ferry boat across a river as well. My parents gave up halfway and some people even paid to get carried up the mountain! It was quite foggy once we got to the top but the view was beautiful nonetheless.

Day 3- Chengdu Panda Base and the Leshan Buddha

On our last day we spent the morning at the Chengdu Panda Base for Research and Breeding. If you were to visit one centre and not looking to volunteer I would recommend this one! There are hundreds of pandas here and they are mostly in open enclosures. The Centre is beautiful and also very informative in terms of Panda conservation and awareness. Pandas are pretty much Chinese Royalty. Their daily routine consists of eating and sleeping. If you do get a chance to visit you’ll see that they’re very pampered haha.

It appears as if it's a zoo but Pandas actually live longer under their care than in the wild. Pandas are solitary animals and have a much lower survival rate on their own. For example, if a Panda had twins in the wild they would only choose one and leave the other to die. In the centre, if a Panda gives birth to twins, the staff will take one away and both will live. Plus, Pandas are just clumsy animals and are just a danger to themselves so overall they’re just better off under the care of humans haha.

After lunch, we headed to the Leshan Buddha. The Leshan Buddha is 71 metres tall and built in the Tang Dynasty. We boarded a boat so we were able to see it from the river!

Disclaimer: This post was in collaboration with Windhorse Tour. Thank you Harley, Anita, Lily, and the amazing team at WIndhorse tours. None of this would have been possible without you. Thank you for making my ultimate dream come true! I highly recommend their tours when travelling in China. Check out the links below to see the tours they have available. 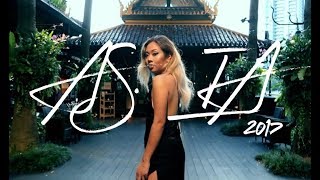 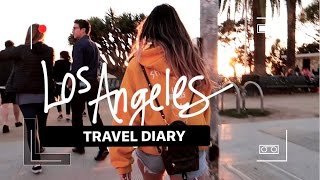 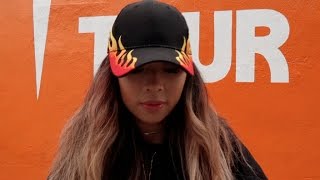 NIGHTS AT THE DOUGLAS - ft. REVOLVE

Holidays at the Burrard Vancouver